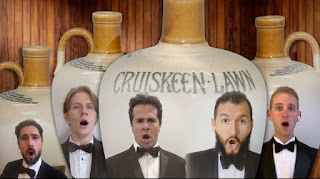 Over the last several months, the beloved New York institution dedicated to all things Victor Herbert, has been streaming video chestnuts from its past seasons. Now, Artistic Director Alyce Mott has put together a newly produced revamp of one of the company’s most astute presentations, “Son of Dublin,” the 2017 concert derived from the copious Irish-themed songs from Herbert’s catalog, as well as that of his notable grandfather, composer, novelist and painter Samuel Lover.

The new version -- with 26 songs in all -- has been completely rethought for the virtual world, and some of the playlist (four new songs here) and most of the cast have changed. The result is both a visual and aural delight, and quite a different experience from its precursor.

Away from a stage setting and audience, and given the intimate singing-to-the-camera approach, the show in its new incarnation registers as a cozy evening of parlour songs. Certainly the early grouping of Samuel Lover songs take on that antiquated albeit charming feel.

Once the focus shifts to Herbert, the level of sophistication (and, arguably, our interest) rises, though the songs here are mostly in Herbert’s sentimental, romantic, and nostalgic vein. 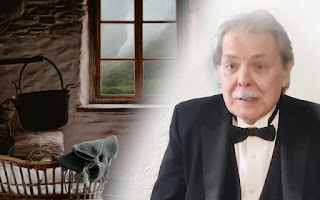 Video Editor Alison Dobbins, working in tandem with VHRP’s frequent stage director/choreographer Emily Cornelius, has provided pleasing and clever visuals. Atmospheric Gaelic backdrops, and ingenious video effects such as a moment when a singer seemingly crosses over the virtual line to interact with the person in the next frame, add visual variety and fun. 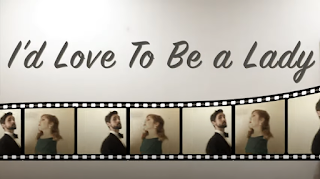 The staging is positional, so in spite of everyone’s disparate location -- the cast was, in fact, spread out across the country -- they seem to face each other, looking up or down as the position of colleagues shifts, creating a cunningly artificial but enjoyable sense of interaction. 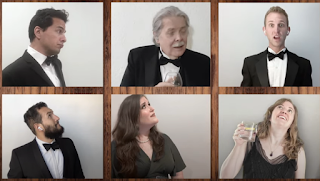 There is, for instance, a particularly delightful staging of “Barney Maguire” from “Miss Dolly Dollars,” sung by Bolander accompanied by the three ladies of the cast who appear in moving picture frames, with animated birds thrown in for good measure. 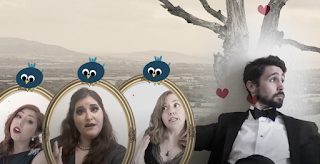 One of the highlights of the “Son of Dublin” concert was a rare performance of the “The Bards of Ireland” song cycle compiled by Herbert for a St. Patrick’s Day Dinner of The Society of the Friendly Sons of St. Patrick, with President William H. Taft in attendance. And that atmospheric grouping has been retained here.

There are many other highlights: among them, Devlin’s moving “The Angel’s Whisper” (one of the Lover numbers); Klima’s “Mary Came Over to Me”; Jovani’s “I Love the Isle of the Sea”; Bolander's "Believe Me If All Those Endearing Young Charms"; Seatter’s nostalgic “Belle O’Brien”; Brittingham’s sensitively vocalized “Heart O’Mine”; and Hare’s rueful “Molly.” VHRP Musical Director Michael Thomas -- his hands on the keyboard frequently on view in split screen effect -- gets to reprise his solo moment with the ‘Lament” from the song cycle, while of course, providing sterling accompaniment throughout. 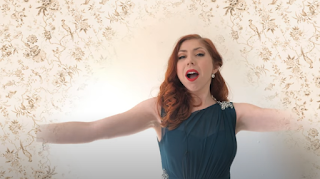 Most of the songs are stand-alones not from Herbert’s musical and operetta songbook. However, besides the aforementioned “Barney Maguire,” we have the sparkling Ruddy delivering a saucy “Barney O’Flynn” from “Babes in Toyland,” and the three ladies warbling the infectious “Tip Your Hat to Hatty” from “Angel Face.” (the only number with some sync issues in an otherwise remarkably polished production). Inevitably, the presentation concludes with stirring highlights from Herbert’s most Irish operetta, the gorgeous “Eileen”: tenor Sapp takes the demandingly lyrical title number and the fervent “Ireland, My Sireland”; Ruddy and Bolander the jaunty “I’d Love to be a Lady”; and Klima and Brittingham the soaring “Thine Alone.” 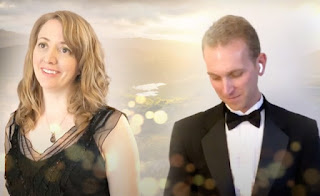 Given the technical excellence of the presentation, credit must also be given to stage manager Brooke Dengler; Audio Editor Shaun Farley; and Video Editor Gayle Añonuevo.

After the credit roll, Mott promises more video goodies (one a month) starting in January with an encore presentation of “The Serenade.”) 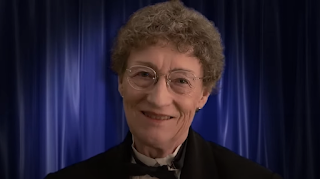 “Heart of Mine” is running through Saturday at 7 p.m. ET, with a matinee on Sunday at 2 p.m. ET. Tickets can be purchased at vhrp-live.thundertix.com.

More information on the Victor Herbert Renaissance Project can be found here.

Caitlin Ruddy and Drew Bolander, “I’d Love to Be a Lady”

Posted by Harry Forbes at 8:44 AM 0 comments