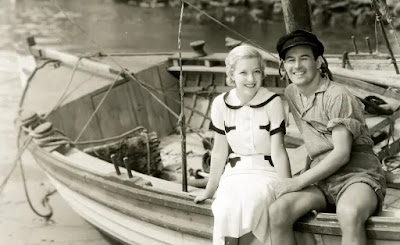 Devotees of classic Hollywood musicals -- the sort that are the staple of Turner Classic Movies -- will know Hungarian soprano Marta Eggerth for her glamorous appearances in the Judy Garland films, “For Me and My Gal” and “Presenting Lily Mars.” But that’s only a small part of a career that started in the 1920s when she was still a teenager with phenomenal success on the opera and operetta stage, followed by a long string of European movies. Operetta masters like Franz Lehár, Paul Abraham, and Hans May vied to write songs for the vivacious blonde beauty with the silvery voice. 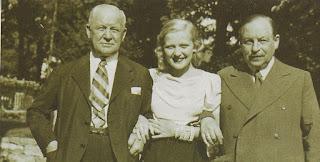 In 1934 she met, fell in love with, and subsequently married the dashing Polish tenor Jan Kiepura, Calaf in the Vienna premiere production of “Turandot” The idol of thousands, they came to be known affectionately by the public as the “Love Pair.” But after the Anschluss with Nazi Germany, they were forced to flee their Austrian home as each had partial Jewish heritage. They relocated to the United States where, among numerous engagements, both gave recitals together or apart, Kiepura sang at the Met,  and the couple triumphed on Broadway in “The Merry Widow” (a work they were to perform altogether 2000 times) and on tour. They were, in short, a “superstar” couple before the term was coined. 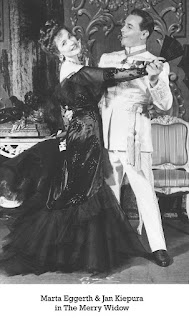 Now, Vienna’s exil.arte (center for banned music) at the University of Music and Performance (mdw) -- admirably dedicated to the recovery of the legacy of musicians and music lost during the Nazi regime -- have mounted what looks to be a fabulous exhibit honoring the pair and their friends and colleagues such as Ralph Benatzky, Maria Jeritza, Erich Wolfgang Korngold, Lotte Lehmann, Artur Rubinstein, and Billy Wilder. Contemporaries whose artistry was stifled in their homeland. Many of their not-so-fortunate contemporaries were, of course, arrested, jailed, or murdered. The exhibit was launched on Tuesday, October 20, and transmitted via a Trans-Atlantic hookup between Vienna and The Austrian Cultural Forum New York (ACFNY).

On the Austrian side, there was Dr. Gerold Gruber, founder of the exil.arte society; Dr. Suzanne Korbel of the University of Graz who curated the exhibit; Wolfgang Sobotka, president of the Austrian Parliament; and Ulrike Sych, president of the University of Music and Performance in Vienna (mdw). The event was kicked off by tenor Ramón Vargas who offered a stirring “Recondita armonia” from “Tosca” and the Neapolitan song, “Passione,” in fitting tribute to Kiepura. 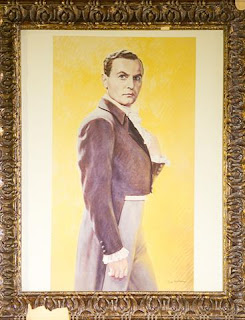 Dr. Gruber announced that the center’s acquisition of the Kiepura-Eggerth estate -- posters, photos, costumes, portraits, reviews,concert and opera programs -- brings the total number of estates under exil.arte’s auspices to 17. These estates -- from composers, conductors, and singers of the 1920s, 1930, and 1940s -- are analyzed by the exil.arte center from both an artistic and stylistic perspective.

In New York, ACFNY Director Michael Haider gave the opening remarks, after which opera expert Ken Benson offered a succinct overview of Kiepura and Eggerth’s distinguished and multi-faceted careers, and warmly remembered Eggerth whom he once had occasion to interview, and who, incredibly, continued to sing well into her 90s. (She died in 2013 at the age of 101.)

But it was the remarks of the lustrous couple’s son Marjan Kiepura, a distinguished pianist specializing in Chopin, and his wife Jane Knox-Kiepura, a dedicated archivist of her mother-in-law’s career, who were able to offer the most personal reminiscences. Kiepura shared heartfelt memories of his father who died of a heart attack when Marjan was just 15. At his peak, the exuberant Kiepura might spontaneously serenade hundreds of fans standing on a taxi after a performance. But Marjan remembered both his father and mother as very centered, down-to-earth people who cared just as much about, say, their son’s toothache as about their careers. Jan died of a heart attack in 1966, prompting the grieving Marta to give up singing for several years after, until her ever-devoted mother persuaded her to take it up again.

Knox-Kiepura -- who has meticulously catalogued Eggerth’s filmography -- spoke of the difficulties of tracking the 45 films made by the couple, over more than a dozen of which are currently presumed lost. The cinematic adaptation of Lehar’s “Zarewitsch” is one such.  Still, as the films were distributed so widely globally, often retitled in different countries, Knox-Kiepura holds out hope that more may be yet recovered. Interestingly, such was the couple’s international fame that these films were often shot in multiple languages. Meanwhile, though print quality varies, some of the films can be viewed on YouTube. 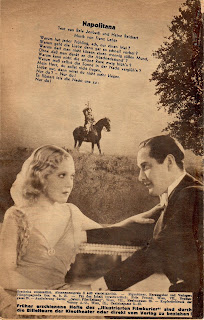 A clip from the 1949 film, “Valse Brilliante,” with the couple performing an amusing riff on Mozart’s Turkish March, demonstrated their abundant charm and humor. And an exciting clip of Kiepura as Calaf in “Turandot” confirmed the excellence of his ringing tenor.

As for the future, Dr. Gruber indicated the exhibit would remain at the center for at least a year, after which there’s a possibility of touring to Paris, Berlin, and perhaps New York. The three-minute overview of the exhibit was extremely tantalizing and a more extensive online guided tour would certainly be welcome. Gruber hinted that this, as well as screenings of the couple’s films, might also be in the offing, and advised checking the exil.arte website for updates.

So, too, Haider revealed the good news that a major restoration of their 1937 film, “Zauber der Boheme,” is in the works with newly minted subtitles.

The launch event can be viewed here. 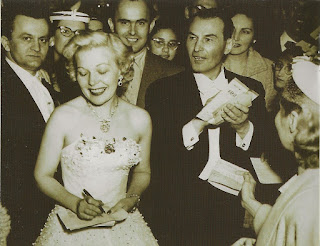 Print this post
Posted by Harry Forbes at 12:19 PM