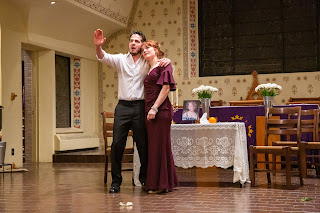 
Alyce Mott’s enterprising company dedicated to all things Victor Herbert risked alienating the operetta regulars by presenting not one of his extravagantly melodic musicals or operettas, but rather his virtually tune-free 1914 one-act “modern” opera.  The piece had debuted at the Met in 1914, sharing the bill with, of all things, “Pagliacci” starring Enrico Caruso, by all accounts, an ill-advised pairing.


Mott had already broken similar adventurous ground with her spectacular presentation of his 1911 grand opera, “Natoma,” in 2014. But in truth, “Madeleine” was an even more daring venture, as unlike the lush “Natoma,” the work was conceived as an opera in the manner of Richard Strauss or Wolf-Ferrari. There are virtually no stand-alone arias, a fact decried by music critics in 1914. Rather, the whole piece is laid out in conversational structure, heavy on recitative. It’s very much a play set to music.


Herbert’s source was, in fact, a French play by Decourcelles & Thibaut, “Je dine chez ma mere” (I Dine with My Mother), which he had read in the original language, declaring it was just the property for which he was looking for his next project. He translated it himself, but then set actor/playwright Grant Stewart to the task of crafting the actual libretto. Critics complained about the thinness of the source material, yet even Richard Wagner was said to be an admirer of the original play.


The plot, such as it is, concerns a famous opera diva Madeleine Fleury (Claire Leyden) who, at the start, is happily anticipating celebrating a New Year’s Day dinner with one of her many admirers. These include Chevalier de Mauprat (Thomas Woodman), François, Duc d’Esterre (Andrew Klima), and struggling artist Didier (Jonathan Hare), the last a dear childhood friend. She is attended by her maid Nichette (JoAnna Geffert), and other servants including Germain (Keith Broughton), a footman (Shane Brown), and a coachman (David Seatter). Everyone -- including an offstage baron -- ends up declining Madeleine’s invitation and all for the same reason: a tradition of dining with their mothers. When lastly, Didier reminds her of their happy times together as children, Madeleine, who till then had been behaving very peevishly about her friends’ perceived disloyalty, softens, and decides she’ll dine alone after all...with the restored portrait of her mother with which Didier has just presented her. A lovely melodic theme, associated with the portrait, ends the roughly 55-minute work. 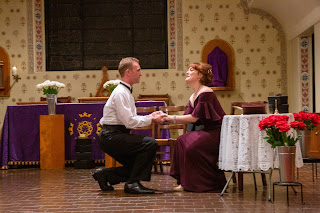 What made the slight plot so compelling on this occasion were the lively and intelligent staging by Mott, a fine cast, a particularly absorbing performance by Leyden who pulled out all the stops vocally and dramatically, and an excellent group of musicians playing, not an arrangement, but a savvy reduction of Herbert’s original. Of course, the Met’s orchestra numbered 57 players. But with conductor Jestin Pieper and music director and pianist William Hicks at the fore, leading a violin, cello, bassoon, and harp, the sound was still richly textured.


One was able to appreciate Herbert’s superb orchestration, with its myriad leitmotifs, about 20 in all, for different characters as well as some inanimate objects such as a necklace. So even when stage action was at its most minimal, the orchestra was alive with colorful detail and, yes, drama, with the result anything but static.


Leyden brought splendid conviction to the part of the lonely and increasingly angry heroine, in addition to lustrous vocal sheen from her opening offstage cadenza to her final poignant moments in front of her mother’s portrait. Her singing of “A Perfect Day,” the sole traditional aria in the piece (and one demanded by Met star Frances Alda), was exquisite. It is a demanding part, as Madeleine is almost never offstage, but Leyden never flagged.


The cast was altogether on top of Herbert’s difficult score, and the dramatic demands of the text. Klima was especially good conveying the Duke’s eager demeanor as he presents Madeleine with some new horses for her stable, but then extreme discomfort when he finds himself the butt of her wrath. Hare was likewise outstanding as he awakened tender memories in the unhappy heroine. And Geffert was also very persuasive as Madeleine’s devoted maid.


Of the original, critic Richard Aldrich had written: “...the character of the English diction heard in the performance, was not such as to bring the literary quality of the text home to the listeners, or make it matter much what that quality was.”


Such was happily not the case here. Some high-lying sections notwithstanding, diction was remarkably clear throughout. 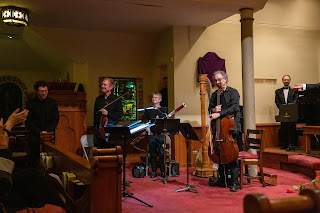 The piece proved conclusively another strong affirmation of Herbert’s amazing versatility. That he could write so impressively in the operatic idiom, so stylistically different from those 45 light musical theater pieces he created between 1894 and 1924, continues to astonish.


The 18th century setting of the original was not reflected in the costumes, and the piece might as well have been taking place in modern day. But Leyden looked smashing in her burgundy gown, Geffert was decked out in maid attire, and evening dress sufficed for the rest.


The presentation was bookended by an enlightening discussion with Mott, Pieper, and Hicks about the musical aspects of the opera, and a Q&A with the whole cast.


At its premiere, “Madeleine” was admired more for its craftsmanship than truly taken to heart either by audiences or the music press, but based on this admirable mounting, I believe critical consensus today would be far different. 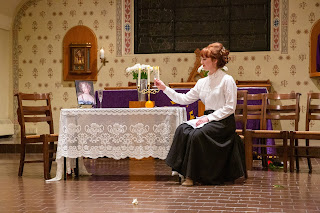 The production certainly vindicated Mott’s faith in it, and post-show audience buzz was positive. Melody in Herbert’s traditional vein, however, will return on May 5th and 6th with VHRP’s “Mlle. Modiste,” which will conclude VHRP’s impressive French-themed season. 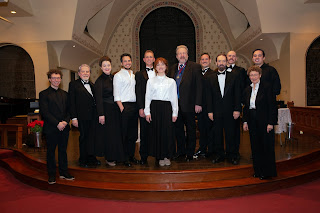 A Lover’s Greeting
Andrew Klima as the Duc d’Esterre, Claire Leyden as Madeleine

The Company of Madeleine