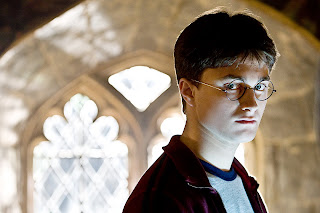 “You know there are times I’ve forgotten how much you’ve grown,” Hogwarts professor Dumbledore remarks to Harry Potter near the end of the sixth – and possibly best – film in the durable franchise, “Harry Potter and the Half-Blood Prince.” This one, like the last (also a cut above), “Harry Potter and the Order of the Phoenix” was cannily directed by David Yates.

And indeed Harry – in the person of Daniel Radcliffe – has matured nicely. After a well-chosen series of non-Potter roles and a triumph in “Equus” both in the West End and on Broadway, Radcliffe now plays with even greater conviction.

Of course, Potter scribe J.K. Rowling had a little something to do with this, as in her books, Harry and pals Hermione (Emma Watson) and Ron (Rupert Grint) are realistically growing through their teen years, raging hormones and all. This installment shows Ron as the object of slack-jawed adoration of the Hogwarts girls after winning a high-flying game of high-flying Quidditch.

Harry becomes enamored of Ron’s sister Ginny (Bonnie Wright), though she already has a boyfriend, and Hermione is not so subtly concealing her heartache at Ron’s infatuation with the aggressive Lavender Brown (Jessie Cave).

All this puppy love is dramatic relief from the deadly serious business of vanquishing Voldemort once and for all.

Dumbledore convinces former Potions Professor Horace Slughorn (Jim Broadbent) to return to Hogwarts less for his skill at potions, but because of his connection with Voldemort – once a student there under his tutelage by the name of Tom Riddle (Hero Fiennes Tiffin/Frank Dillane) with an unhealthy interest in the Dark Arts.

Slughorn has thus far never revealed the details of a key conversation he had with lad which would shed light on the source of Voldemort’s powers. Dumbledore entrusts Harry to find out, and Harry is hardly reluctant to comply as Voldemort killed his parents.

Broadbent is a real plus here, and gives a wonderfully nuanced performance as the snobbish and vain professor, but touching in his vulnerability at key moments. And Gambon downplays his sometimes hammy scene-stealing with a performance of real subtlety. British acting champs Maggie Smith, Helena Bonham-Carter, Robbie Coltrane, Helen McCrory, Timothy Spall and David Bradley are on hand again to lend classy support.

Yates directs with an appropriate mix of gravitas and whimsy, and scriptwriter Steve Kloves’ script pares Rowling’s narrative to its essentials. The effects are terrific starting with the three dark clouds – Death Eaters – swooping through the twisting streets of London and wreaking havoc with the Millennium Bridge there.

Menace is supplied by Severus Snape (in the ominous presence of Alan Rickman) and student Draco Malfoy (Tom Felton) both of whom figure heavily in the tragic climax. Under the sinister veneer, Malfoy does evince some vulnerability.

The film runs 153 minutes, but no scene outstays its welcome. Print this post
Posted by Harry Forbes at 10:05 AM