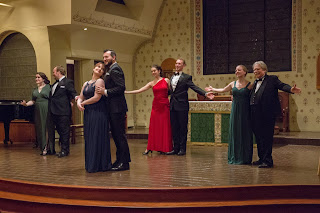 
VHRP Live’s love-themed concert may have been the company’s best yet, not forgetting such earlier gems as “Son of Dublin” and “Ladies First.” (The title of this late Valentine’s Day treat, if you were wondering, pays homage to the company namesake’s 160th birthday.)


Presenting an especially well-balanced blend of favorites and rarities, the cast of four men and four women paired most winningly in various combinations, while the songs were nicely grouped by category describing the myriad stages of love: “Convincing a Love,” “Missing a Love,” “Longing for Love,” and so on. As usual, Michael Thomas served as ace musical director playing the eighty-eights with his customary high style and sensitivity.


Artistic Director Alyce Mott once again assembled the members of what seems to have become her virtual repertory company, and all of them were in wonderful form. In tandem with choreographer Susanna Organek (whose dances were a continual delight), Mott staged the concert very fluidly.


Soprano Joanie Brittingham reprised a bit of her excellent “Eileen” from a couple of years back singing “When Love Awakens,” and the rapturous “Thine Alone” the latter with tenor Andrew Klima, the one newcomer to VHRP, and one to watch. He especially shone in the solo, “Mary Came Over to Me,” an unabashedly sentimental ditty with lyrics (surprisingly) by Irving Caesar (“No, No, Nanette,” “Swanee”).


The great mezzo Alexa Devlin, Ohio Light Opera’s frequent headliner, had the virtual 11 o’clock number, a richly vocalized “‘Neath the Southern Moon” from “Naughty Marietta.” Her other choice pieces included a melodic duet with sterling baritone Jovani Demetrie, “I Love Thee, I Adore Thee” from “The Serenade,” and another with versatile bass Matthew Wages, the charming “On the Other Side of the Wall” from ”Babette.” 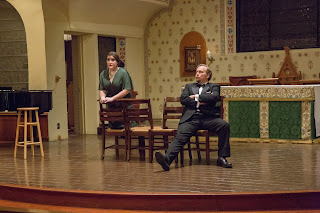 The latter selection followed a bravura coloratura piece from the same show by the impressive Sarah Caldwell Smith entitled “Where the Fairest Flow’rs Are Blooming,” which makes us want to hear the whole show. Wages, for his part, also scored with his stirring “Gypsy Love Song” from “The Fortune Teller,” climaxing with some ethereal offstage vocalizing by Smith, a lovely effect.


Claire Leyden, who made such a strong impression in VHRP’s “The Enchantress” last season confirmed the promise shown there with several bewitching numbers. There was a very cute duet with Smith, “For Better or For Worse,” from “Princess Pat,” their voices blending neatly; then a sequence of numbers from “Sweethearts” with Demetrie (who will be Leyden’s co-star in the full show in April). Demetrie’s began the sequence with a powerfully sung “Every Lover Must Meet His Fate.” 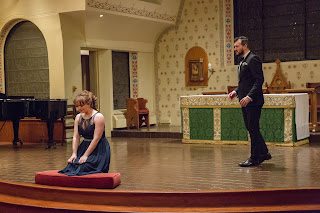 The purity of Leyden’s voice in “The Angelus” and the conviction of her delivery (fittingly staged on a prayer kneeler) was most striking. And she and Demetrie sounded mighty fine together when these numbers were sung in counterpoint. Leyden then led the company in “Sweethearts” itself singing the verse with rare dramatic emphasis. The pair also reunited in “Never Mention Love When We’re Alone” from “The Debutante.”


Overseeing all this vocalizing passion was baritone David Seatter who served as the evening’s affable compere, joining in several of the numbers, as well as dueting most charmingly with Devlin in “Because You’re You” from “The Red Mill,” and then in the second act, “What is Love?” from “The Wizard of the Nile” with Leyden.


Other highlights included the Cyrano, Christian, and Roxanne wooing scene from Herbert’s 1899 “Cyrano de Bergerac,” not just well sung, but pointedly acted. Other rarities included Brittingham’s “My Gipsy Sweetheart” (complete with tambourine) from “Old Dutch,” and Demetrie leading the men in the virile “My Fair Unknown” from “Miss Dolly Dollars,” Wages’ warmly vocalized “Molly” (not from a show), Brittingham’s plaintive “Heart O’Mine” from “Fanshastics,” and Brittingham and Klima’s posthumously published waltz duet, “Give Your Heart in June-Time.” 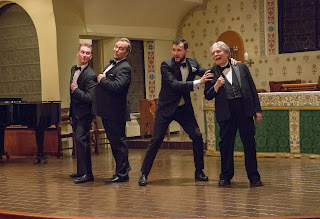 And on the more familiar end of the scale, Smith and Klima paired on three of the “Naughty Marietta” chestnuts beautifully, closing the show with, most fittingly, “Ah! Sweet Mystery of Life.”

Next up, as indicated, will be “Sweethearts” on April 30 and May 1.