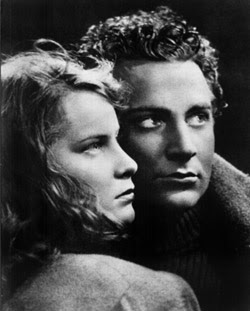 According to Ayn Rand herself, the best film version of her work was not “The Fountainhead” made in Hollywood in 1949, but this 1942 Italian version of her novel, one "as close to an autobiography as I will ever write" she once said, and quite incredibly, made without her permission or knowledge.

Alida Valli, Rossano Brazzi (years before his starring role in “South Pacific”), and Fosco Giachetti were the distinguished stars, and Goffredo Alessandrini its director.

What was extraordinary about the film, beyond its genuine artistic quality, was that Scalera Studios managed to make it during wartime under Mussolini’s restrictive regime, even though the anti-Communist themes of the story contained elements critical of Fascism, too.

The film – so long it was released in two parts as “Noi Vivi” and "Addio Kira” -- was critically acclaimed and immensely popular but was eventually banned when the authorities finally determined it to be a condemnation of the Mussolini regime. The negative was ordered to be destroyed, but Massimo Ferrara, the studio’s ousted general manager, managed to conceal the negative.

We learn all this on the fascinating documentary, “We the Living, A Lost Treasure Recovered,” which accompanies the film. Duncan Scott, the restoration co-producer and distributor, describes how Rand came to be aware of the film’s existence, liked what she saw, and in the 1960s, had her legal representatives, Erika and Henry Mark Holzer, locate the film. After much sleuthing, this was accomplished, and under Rand’s supervision, the two films were combined into one of 174 minute length. The restored film would be even closer to Rand’s novel, and extraneous subplots, scenes that the Fascists insisted be added, or were otherwise extraneous to Rand’s original plot hit the cutting room floor.

The restored film was released in 1988-89 to critical acclaim, and subsequently appeared on VHS and laserdisc. The two-disc DVD includes a generous 45 minutes of those scenes excised by Rand and her team, as well as the aforementioned documentary, which includes interesting interviews with Scott, the Holzers, and Ferrara.

Print quality is excellent if a little soft, and some of the subtitles wash out against light backgrounds, but that’s a minor carp, in light of such compelling drama.

The DVD can be ordered at www.wethelivingmovie.com. Shipping is free on domestic orders through the end of 2009. Print this post
Posted by Harry Forbes at 9:21 AM